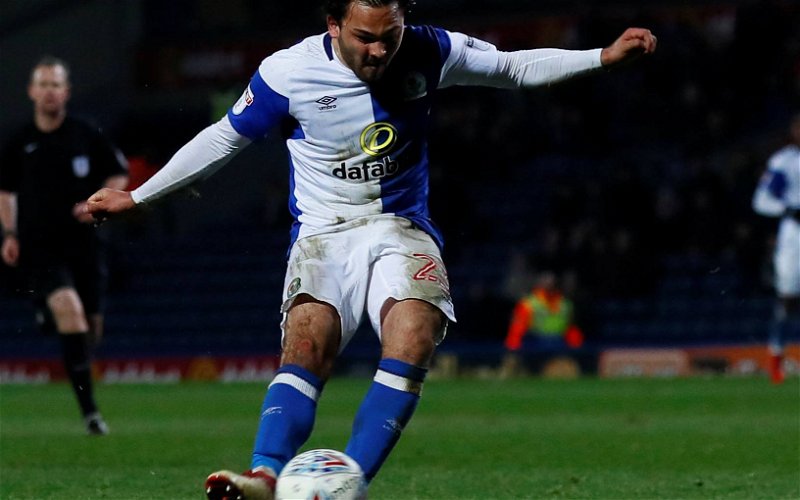 Fresh from last night’s EFL Awards ceremony where Bradley Dack saw himself crowned the League One Player of the Season, in response to his words about lifting the trophy once again, Blackburn Rovers’ fans have set him a new challenge as the season of 2017/18 comes to an end.

Absolutely delighted to win this but couldn’t of done it without the help of all my team mates and the staff at the club. Been a good night but now for the most important thing and that is making sure we get promoted #4togo @Rovers @EFL https://t.co/r6viSDCwgY

Reflecting on his win on Sunday evening down in London as he saw off Wigan Athletic’s Nick Powell and Peterborough United’s Jack Marriott, Dack told the Official Site that although he was obviously pleased to add the award to his mantelpiece, in his mind all the credit had to go to his colleagues and club staff for his win.

“I’m absolutely delighted, it’s a huge honour to win this award. I couldn’t have done this without my team-mates, the manager and staff at the club, so I’d like to thank all of them. I’m delighted.”

Dack went on to admit that when he first arrived at the club he found it difficult to settle in, especially with the injuries he picked up, but once he got going properly he got plenty of help from the team and he felt he’d kicked on nicely from there.

There was a single aim for the season though and that should go without saying.

“It’s been a good night but the most important thing now is making sure we get promoted.”

Congratulations! Ok, straight to bed, prepare for Thursday, the show must go on. ???????????? #PromotionParty

His words seem to have struck a positive chord amongst fans, he hasn’t just received additional good wishes for his success yesterday evening, fans have also called on him to step up and improve further now and play an even greater role in getting us back to winning ways so we secure promotion back to the Championship.

Fans want ‘beast mode’ on for the remaining games.

Congratulations Brad.All #Rovers fans are very proud of you.We’re honored to have you in our team.Youre a real team player with the flair & skill that all fans love.Jack Walker would’ve loved you!Keep up the great work for the last 4 starting Thurs & get us through.Thank u ????⚪️

Yes Dacky! Now please get that bit between your teeth again and drag us to the championship. Need you in full on beast mode for the last 4!

We love you @BradDacks40 ❤️

Yes dack well deserved dragged us through some matches kicking and screaming this season!!! Just 4 more and we are there!!!! #COYB

Massive congratulations Dacky! You deserved it pal… best player in L1 by a mile!

Not the only bit of silverware you'll be putting on the mantle come the end of May. ????

Four games to go, so there’s still time for him to add to his goal and assist tally for the season.