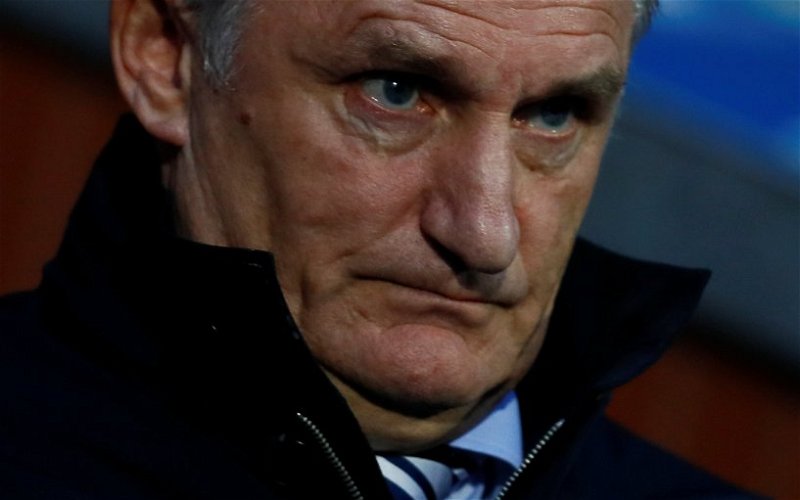 Blackburn Rovers manager Tony Mowbray is remaining optimistic when it comes to the League One crown this season, despite seeing us drop points this weekend against Bristol Rovers.

We headed to the Memorial Stadium on Saturday for the latest match and a Charlie Mulgrew penalty did give us the second half lead. However, Chris Lines levelled four minutes into stoppage time to share the spoils and having largely dominated the game most felt it was two points dropped rather than a solid point gained.

The result leaves us in second place in the League one table, level on points with Wigan Athletic but they now have a game in hand on us and Shrewsbury are only five points shy in third place – also with a game in hand.

Speaking to the Official Site as he met with the media post game, Mowbray was staying positive and looking at the bigger picture – although he did have to concede a fair amount of disappointment at the full time whistle.

“It’s obviously disappointing to lose a goal in the 95th minute but that’s football. We have to accept it but we’re still in the box seat and still have one defeat in 31 games. We’ve had a tough week with the travelling we’ve done. It’s hard to go to Gillingham and then spend five hours on a coach to Bristol. We need to move on.”

The gaffer did bemoan the nature of their equaliser as having wasted so many chances previously to at least double our advantage, he felt defensively we should’ve more than seen off their attempt but we were sloppy…probably thinking the points were already in the bag.

“I thought we were fantastic and kept digging in. I feel for them not getting the three points. But I maintain we are still in the box seat. We deserved more today but when you are aiming for promotion you are going to have ups and downs and have disappointments along the way.”

Plenty of fans were on board with his thoughts as they took to social media following the match.

Well said.. Every point is crucial at the moment!

I Think you and lads are doing a fantastic job. The whole base of this team you have built, its now made us hard to break down. The young talent at this club is fantastic. This is our season. And next is going to be the best. I for one is honoured to have you at this club Tony.?

Could have been much worse, image that happening to us if it was 0-0 it would have felt like a total derailment. But we're still joint top and the pressure is still on Wigan. I'll happily take 2nd to be honest because going up is what counts more than anything

We can afford another draw – but lets not take that chance! Lets get firing again!

Take it on the chin and carry forward! We can still do it!!

Blackburn are still in a promotion place. Back the team instead of slating them!! They are doing a fantastic job.

Others were a little bit more tetchy in their own response given we’ve now picked up back to back draws when top spot was truly within our grasp.

We'll not be in the box seat if we keep drawing Tony!!

Feels like a defeat but we’ll still be ok.

Gutted!! Such a shame with Wigan looking like they’ll drop points. Probably consigns us to 2nd now ?

It’s slightly worrying how we’ve played the last few games don’t you agree? Where has the confidence gone ?

100% agree. Been rough as a badgers against mk dons, south end, gillingham and now the other brfc! Home game next must win!

FFS 2 more points dropped why can’t we close out a game anyone??

Let’s put it right in the next one!