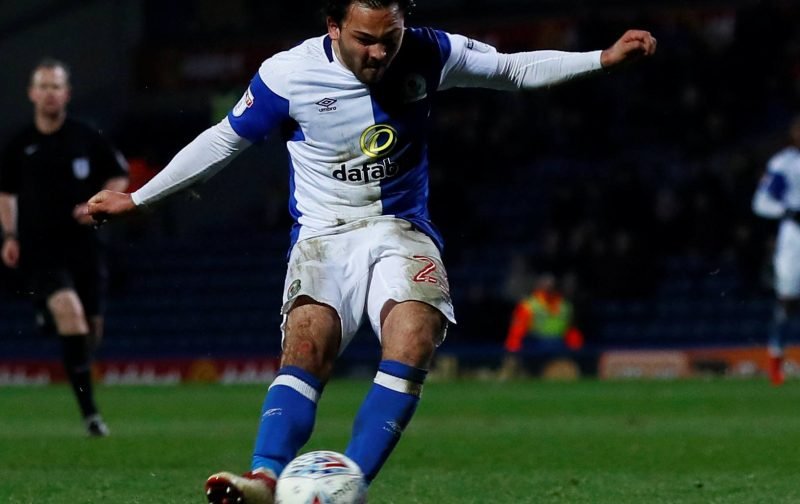 Bradley Dack has proven he`s got plenty of ability on the ball and has a keen eye for a goal, but the former Gillingham man has also show he’s physically able and willing to get stuck in.

Ahead of the postponed weekend game at Dack`s former club, which has been given a new date, taking place next month, Tony Mowbray spoke glowingly about the summer recruit from the Gills.

Mowbray hasn`t been surprised by Dack and that`s why he signed him, given all the attributes he has.

He told the Lancashire Telegraph: ‘He isn`t just a tippy-tappy number 10 who scores a few goals and plays a few nice passes. I think he tackles, he uses his body, he gets back, he helps the team, he runs wide, he runs beyond, he wins 50-50s, I think supporters can only love what he brings to the game in his physical contribution as well as his tactical and technical contribution.`

The boss also had absolutely no doubts about Dack`s ability not only to perform in League One and the Championship too.

Adding: ‘I had no fears that Bradley was going to be a good player, particularly at this level. The test for Bradley is if we can get out of this league then can he reproduce what he does in this division in the division higher.`

Dack, 24, might have been denied his chance to return to the Priestfield Stadium on Saturday, safety concerns led to the decision to postponement this following heavy snow, but he`ll have this opportunity, fitness permitting on Tuesday 10th April, as that new date was swiftly set.

Having scored 15 goals himself this season it`ll be a surprise if the midfielder isn`t able to manage 20 for the campaign. That combined with his impressive assist record means there isn`t a player who has been involved in as many goals as Dack.

Tippy-Tappy is all good and well, Dack can do this, but as Mowbray has pointed out he`ll also get stuck right in so is very much the complete footballer. It would be expected Dack is going to continue to improve as Blackburn move forward, into the Championship and hopefully beyond.

Meanwhile, another game was subjected to change recently as Peterborough`s visit to Ewood Park next month was brought forward.

Due to Sky Sports deciding to cover this game it has been switched from Saturday 21st April to Thursday 19th April, kicking-off at 7:45pm.