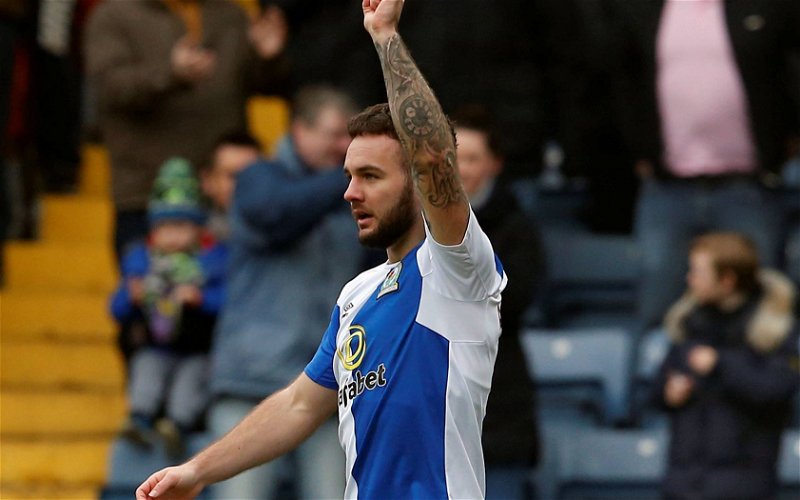 It took Adam Armstrong a bit of time to get up and running, but since grabbing his first goal for Blackburn the on-loan Newcastle forward hasn`t looked back.

When he arrived at Ewood Park he, as you would expect, had a goals figure was in mind. Failure to net in the opening five outings might have seen Armstrong revise this? However, seven in as many since getting underway with a goal against Oldham, has seen February`s League One Player of Month have another rethink.

10 was his initial aim but he`s now admitted, given Blackburn still have nine games to play, the bar has been raised.

He told the Official Website: ‘I said when I came here that I wanted 10 goals. Had you asked me if I`d take seven then I probably would have, but with nine games to go I think I can get a few more yet.`

The priority is victories for Blackburn, Armstrong getting among the goals makes that more likely, but given his current run of form, both goalscoring and his all-round performances, if he can`t bag at least three more it would be very surprising.

His focus is on helping us securing promotion but Armstrong still has one on how things are going at parent club Newcastle and a return to St James` Park is something Armstrong`s still looking to.

An interview with Sky Sports had him add: ‘Obviously they’re concentrating on the Premier League which is a massive thing so hopefully they can stay up. I keep in contact with the Under-23s coach now and then but I’m focused more on getting my head down and doing well for Blackburn.`

Armstrong continued: ‘It’s been hard to get to a game this season but I’ve got a lot of good friends there and I always check the results because I’m still a massive fan. The plan is to go back in the summer and assess the situation because I’ve still got two years left on my contract.`

Unsurprisingly former Blackburn and Newcastle legend Alan Shearer is someone he had as a hero growing up, but ex-England captain Wayne Rooney is the player Armstrong said he`s mostly looked up to and modelled himself on.

If Armstrong could have half the impact in the game these two have he`ll go far, but how far will this be with Rovers?