To Play Or Not To Play? 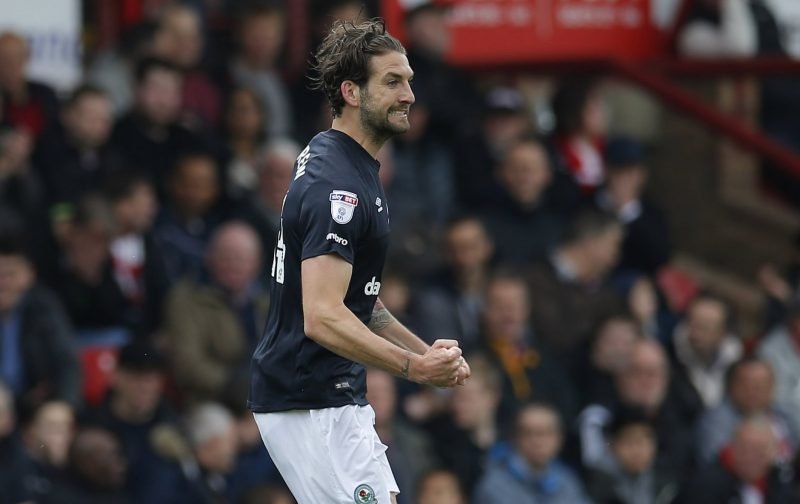 As Blackburn captain, Charlie Mulgrew is clearly an instrumental player and pretty much the first name on Tony Mowbray`s team sheet.

Clearly, Mulgrew has leadership qualities, which is why he`s been appointed as captain this season, for both club and country, having led Scotland during the international break. However, it isn`t those qualities alone that make him such an instrumental player; he`s producing the goods and banging in the goals for fun this season.

Blackburn are back in League One action on Thursday when facing Bradford, but will Mulgrew be involved? Mowbray knows in his mind what he`ll be doing but will have a chat with his captain before revealing what happens.

He told the Lancashire Telegraph: ‘I already know the answer to the question whether he`s playing or not. I need to talk to Charlie when he gets back.`

Adding: ‘It`s a discussion with him but I`m very conscious of the fact he`s such a big player for us. Yet we play Thursday night and then Monday and he will have played Tuesday night potentially in Hungary and last Friday. He gets back at 2.30am to Edinburgh airport and has to get back to Blackburn and sleep at some stage. I will make all those calls when I sit down with him and discuss what is best.`

Mulgrew really is a key comment to the side, a leader and an inspiration. However, he`s also had a few injury issues this season so having been involved with Scotland, missing a penalty in their win over Hungary on Tuesday, and Blackburn having two games over the Easter schedule is it worth pushing him?

I`d think missing Bradford but returning on Easter Monday could be the better bet? I wouldn`t be at all surprised if Mowbray takes such an approach you know? Whatever the boss decides he`ll do what`s best for Mulgrew and of course Rovers, not only against the Bantams but with the run in for League One in mind too.