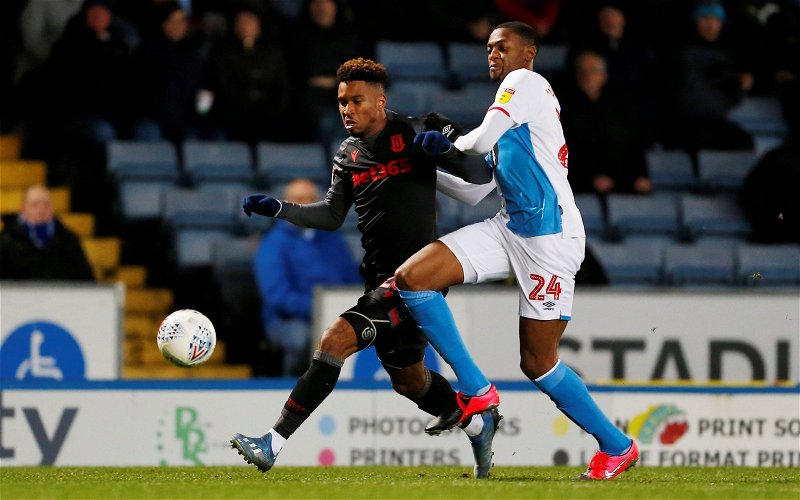 Blackburn manager Tony Mowbray has admitted it is unlikely that centre back Tosin Adarabioyo will return to the club next season.

Adarabioyo joined Rovers on a season-long loan from Manchester City back in the summer transfer window, and has gone on to make 33 appearances and score three goals in all competitions for the club.

While the defender’s performances mean Mowbray would certainly like to see Adarabioyo back at Ewood Park next season, the Rovers boss admits circumstances are likely to go against his side is this particular scenario.

Speaking about the possibility of re-signing Adarabioyo again for next season, Mowbray told the Lancashire Telegraph: “Ultimately, we couldn’t afford him, that’s the first part of the question. This is why this loan system is really good because not in a million years could we afford Tosin Adarabioyo.

“We’ll wait and see, but I’m not thinking sat here that Tosin will be starting next season with us, unless Man City do us a huge favour of course, I’m not sure that will be the case.”

Reflecting on Adarabioyo’s time with Rovers this season, and assessing what the future might hold for the 22-year-old, Mowbray added: “Adarabioyo, in my opinion, he’s been very good for us. He’s still a young boy learning his trade in such a crucial position. He has wonderful attributes. I hope he’s enjoyed it. We’d love to have him back, I think it’s a bit more complicated than that

“First and foremost, for his career him and his advisors would expect him to be moving on to try and nail down his career in the Premier League.

“Whether that’s with Manchester City, and that’s not for me to say, he would like to be in the Premier League and be in a squad somewhere, or he could go to La Liga or the Bundesliga to get his career going.”

This will no doubt be a source of disappointment for everybody associated with Rovers.

Adarabioyo has been hugely impressive this season, forming a strong partnership at the centre of defence with Darragh Lenihan, and his departure also puts Rovers under pressure to find someone to fill his role when the transfer window reopens.

However, given the reasons Mowbray has provided for a new deal being unlikely, this ought not to be much of a surprise, meaning you hope Rovers have at least started to identify potential replacements for Adarabioyo going forward into the new campaign.