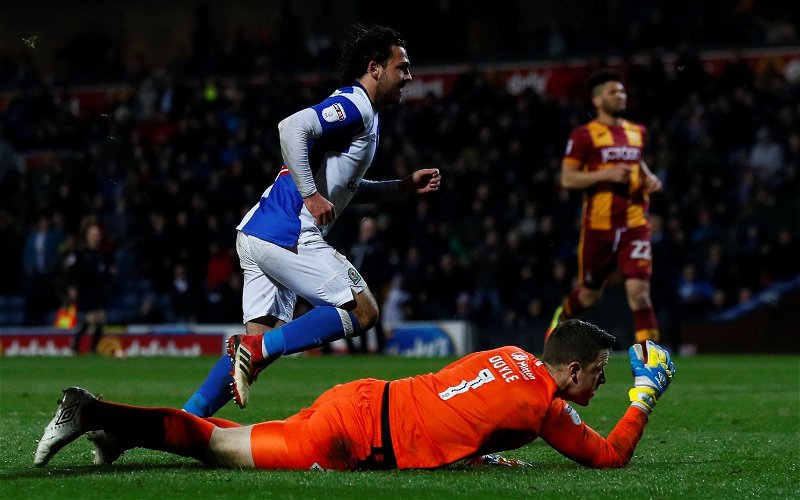 The EFL Awards ceremony for 2018 took place last night in London and Blackburn Rovers walked out with a couple of gongs.

Having been previously confirmed as the League One Family Club of the Year winner, last night saw the club scoop the main prize. For 2017 we picked up the Championship award but missed out on the overall prize so we’ve shown improvement on that front.

The trophies have arrived at the #EFLAwards…?????

Now for everyone else! ? pic.twitter.com/8E2lj3VbdN

With a wide range of family-themed activities on matchdays, the last 12 months has seen Blackburn invest further in our existing facilities such as the GAME Room, Striker’s Lounge and Foster’s FanZone and with increased player interaction for youngsters and the addition of Rover’s Kennel we have reaped the rewards for that work.

“I’m delighted that the club has won this award and delighted for all the staff. I’m so proud. The staff are the unsung heroes, and I’m accepting this award on their behalf. They’re the front line and they’re there every day. Hopefully, this is the first or many awards over the next few weeks!”

The next award of the night is for the @amazerealise Family Club of the Year.

24-year-old Bradley Dack was also named as the League One Player of the Season following his outstanding debut year at Ewood Park.

Congratulations to @BradDacks40, who has beaten Nick Powell and Jack Marriott to the League One Player of the Season award! ? pic.twitter.com/qNiTtkxtNz

Having been named previously alongside Charlie Mulgrew and David Raya in the Team of the Season, Dack picks up his second award in three years as he was named League One Player of the Season back in 2015/16 whilst he was with Gillingham.

This season he hasn’t just continued his goal scoring form, he’s netted 16 in the league so far, but he’s also been amongst the assists as we battle away at the top of the table.

He took the award ahead of Wigan’s Nick Powell and Peterborough’s Jack Marriott.

The divisional Team of the Seasons were announced recently, as chosen by #EFL club managers. Now, those three have been condensed into one select XI.

Plenty were quick to agree with the choice.

Well deserved @BradDacks40 been a massive game changer this season and may it continue into next season!

Such a great player to have in the middle of the park! Working with DG too.

Congrats Bradley,well deserved now go and get us the league one trophy,all in all great night for the mighty #rovers x

Now let’s wrap up automatic promotion and hopefully the title and really move forward as a club once more.